Wearing Bette Davis’ Bloody Dress
by Ali Handal on September 10, 2012 in Blog
Many years ago, I took a year off from college and spent most of my time as a dance student at Debbie Reynolds studios in North Hollywood.  I took advantage of some really “Hollywood” opportunities — including dancing onstage with Janet Jackson at the American Music Awards, which you can read about HERE.  I also experienced the highlight of my *extremely* short modeling “career” (can you even call three jobs a career?!) when I got to participate in the Debbie Reynolds Fashion Show.

A bunch of us girls who regularly took dance classes at the studio were asked if we’d like to model dresses from Debbie’s collection of vintage movie costumes (at one point she owned over 9,000!).  Although I wasn’t a vintage movie buff, I was excited to try on these dresses.  At the time, even with a tiny little dancer’s body, I remember it being REALLY difficult to squeeze myself into those dresses — wow! (Now I know why those women had such fantastic posture — they didn’t have a choice!!)

I got to wear a gorgeous dark green dress from the 1953 MGM film “Young Bess,” as well as a chartreuse two-piece period dress that Katherine Ross wore in “Butch Cassidy and the Sundance Kid” (apparently it was worn in the Bolivia scene where Katharine was having dinner with Paul Newman and Robert Redford). 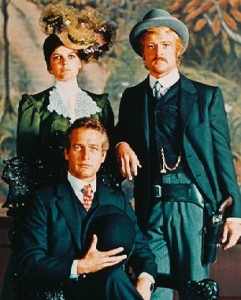 But my favorite dress (maybe because of my fascination with crime movies & TV shows?) was the ivory chiffon three-tiered gown — stained with movie-blood — worn by Bette Davis as Charlotte when she enters the party after discovering her beau’s body in “Hush…Hush Sweet Charlotte.” 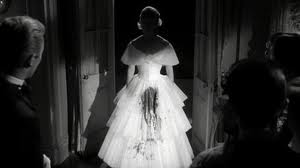 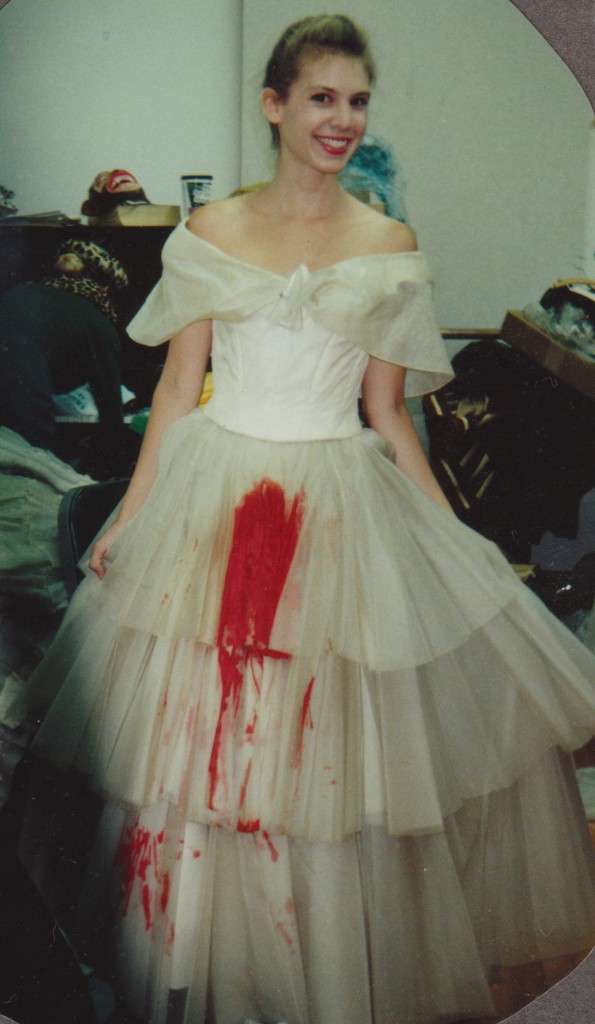 Here’s me in the “Young Bess” dress: 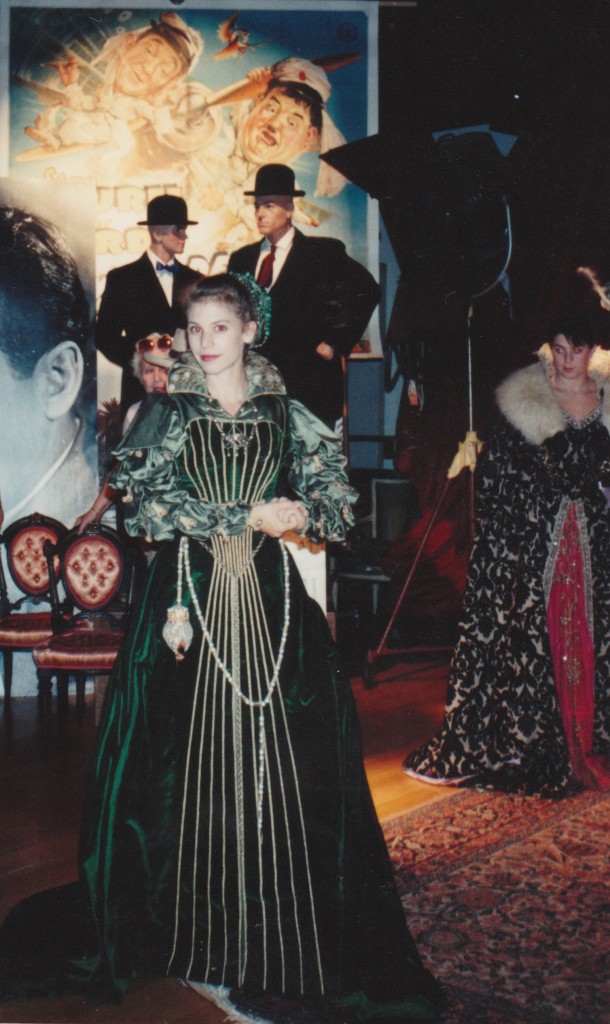