Back in the day, I used to occasionally show up to a fantastic blues jam at a Hollywood club called the Baked Potato.  It was hosted by incredible musicians — including Teddy Andreadis on keys & Alan Mirkitani AKA “B.B. Chung King” on guitar — and attracted a lot of high-profile guest players. Even though I was pretty intimidated about jamming with these guys, once I got onstage, they made me feel right at home and I had a blast every time we played.

One evening, to my surprise, Slash (post-Guns N’ Roses era) was in the club and got onstage to jam.  He played several songs, and after he was done, I ran into him at the back of the club and complimented his playing (I’ve been a huge Slash fan ever since G N’ R’s first album).

Inexplicably, out of the blue, this legendary guitar hero asked me if he could trade t-shirts with me — on the spot — and, believe it or not, it didn’t *at all* come across as a come-on!  I was perplexed, but excited to potentially leave the club wearing Slash’s t-shirt, so I said “yes, but I’ll need your shirt first so I can go into the bathroom and change into it when I take mine off.”  He was fine with that, and proceeded to peel the shirt right off his back, handing it to me.

The first thing I noticed when I put on his shirt was that it was SOAKED with sweat (he had, after all, just come offstage).  I also noticed that it was HUGE on me, but I really didn’t care.  After all, I was wearing my hero’s t-shirt!  I came out of the bathroom, handed him my shirt, and he put it on (fortunately, it wasn’t one of those super-tight girlie tees!).

Now, whenever I tell this story, people ask me “What did your t-shirt say to make him want it so much?”  I wish I could remember.  I know it wasn’t my Co-Ed Prison Sluts shirt, ‘cuz I still have that one.  What I do remember is talking to my friend Johnny Griparic about the incident and learning something fascinating.  Johnny — Slash’s bass player at the time — revealed to me that everywhere they went, Slash asked people to trade t-shirts with him.  Apparently, Slash had a CLOSET full of other people’s t-shirts at home!  (I guess that’s ONE way to avoid shopping…)  For a minute, I felt a little less special (okay, a LOT less special!) than I had right after pulling Slash’s sticky sweaty shirt over my head and onto my bare skin (eww!).  However, I soon got over my disappointment and got excited all over again that I now owned a shirt previously sweat-upon by Slash.  Too bad I’m totally uncomfortable wearing it in public!!! (see why below) 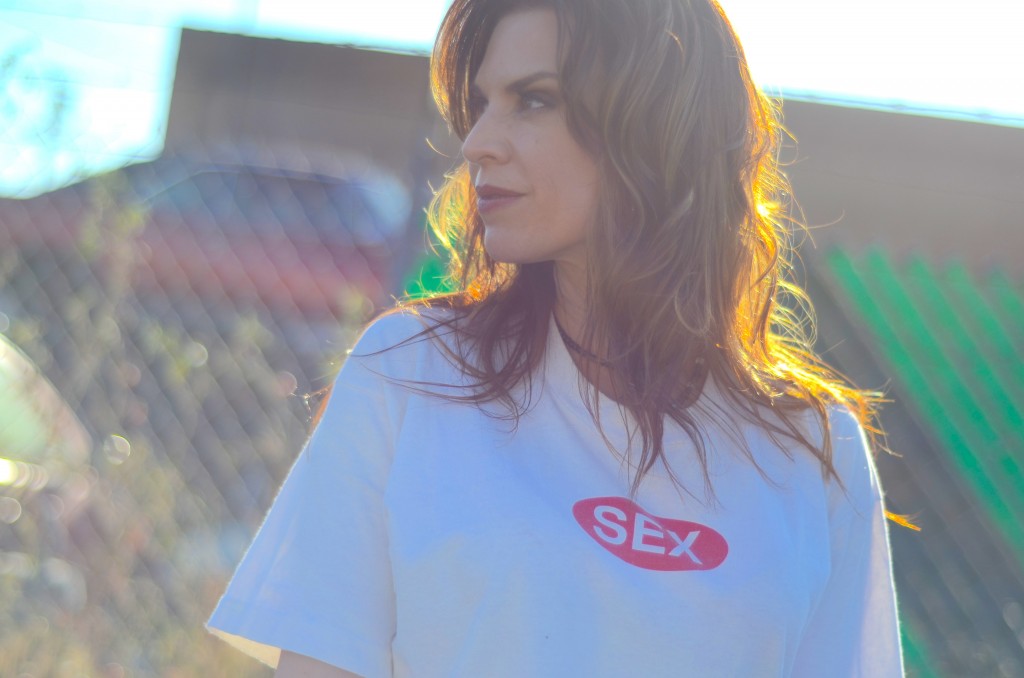 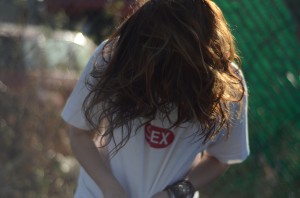 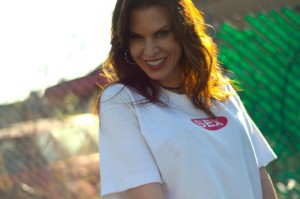