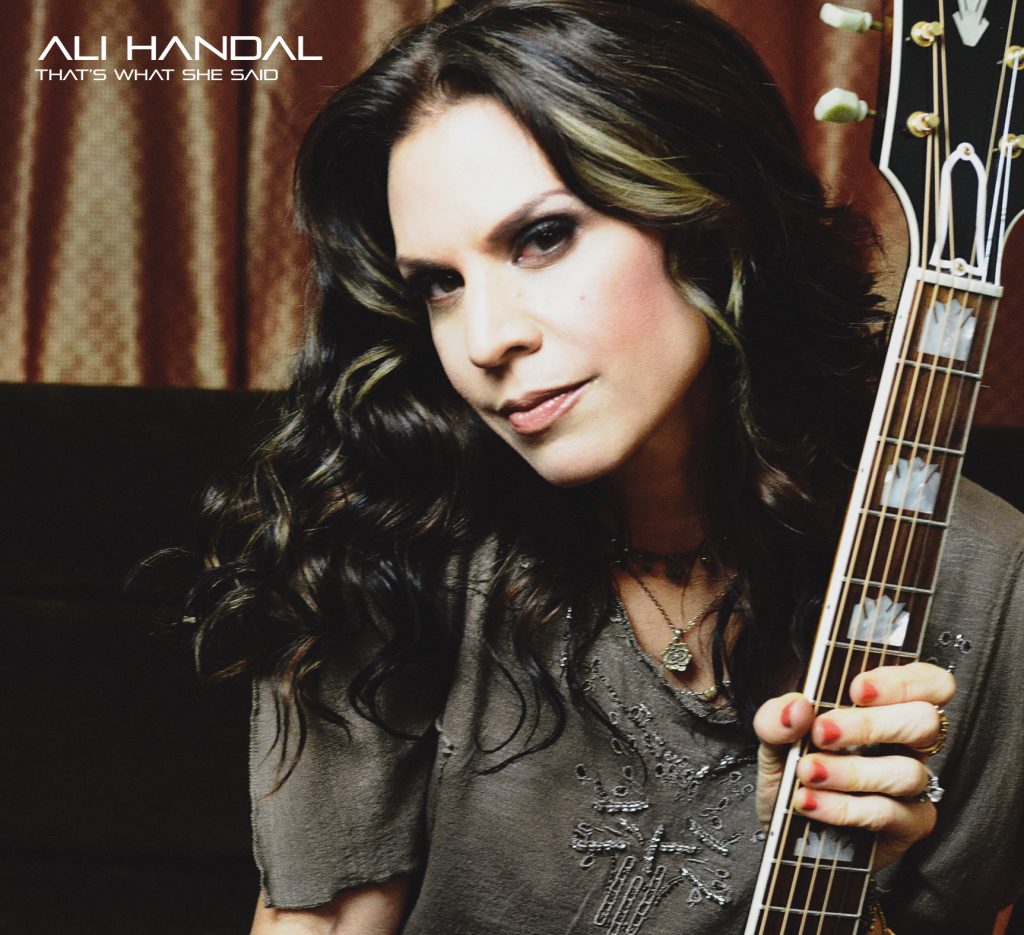 New York-born, LA-based artist Ali Handal holds her own among the ranks of fierce female performing singer-songwriters. She sets the stage ablaze with groove-heavy songs, fiery guitar passages and soulful lyrics delivered by a powerhouse voice. Music Connection magazine describes her as “earthy, natural, real and loaded with talent…a singer/songwriter with something to say… a gifted artist who brings insight and intelligence to her art.” Fans simply say “badass.”

Ali’s provided backing vocals for Neil Young and shared the stage with songwriting legend Paul Williams as his featured vocalist. Her songs have been featured in numerous films and hit TV shows like Sex and the City, Dawson’s Creek and iCarly. A published author, Ali penned Guitar for Girls (Hal Leonard), an exceptional guitar method book & CD brimming with advice for aspiring musicians worldwide.

Over the past 12 months, Ali has tripled her number of Facebook fans (5,910), doubled her email list (3,910), and doubled her YouTube subscribers (2,928) — so far with very minimal touring. Through her online efforts as an indie artist, she’s currently adding about 25 people to her mailing list each day and 150 Facebook “Likes” per week.

You Get What You Settle For (rootsy, bluesy):
Written by Ali Handal & Steve Gooding

What Is and What Should Never Be:
Written by Robert Plant and Jimmy Page