Your Hair's Too Short ~ Steve Valentine

Steve Valentine is a dear friend of my husband Andrew’s ~ they met through magic and have been friends for decades. About ten years ago, Steve had the lead role in a sitcom called “I’m In The Band,” where he played an “aging rock star” who ~ coincidentally ~ was VERY much modeled after Steven Tyler! 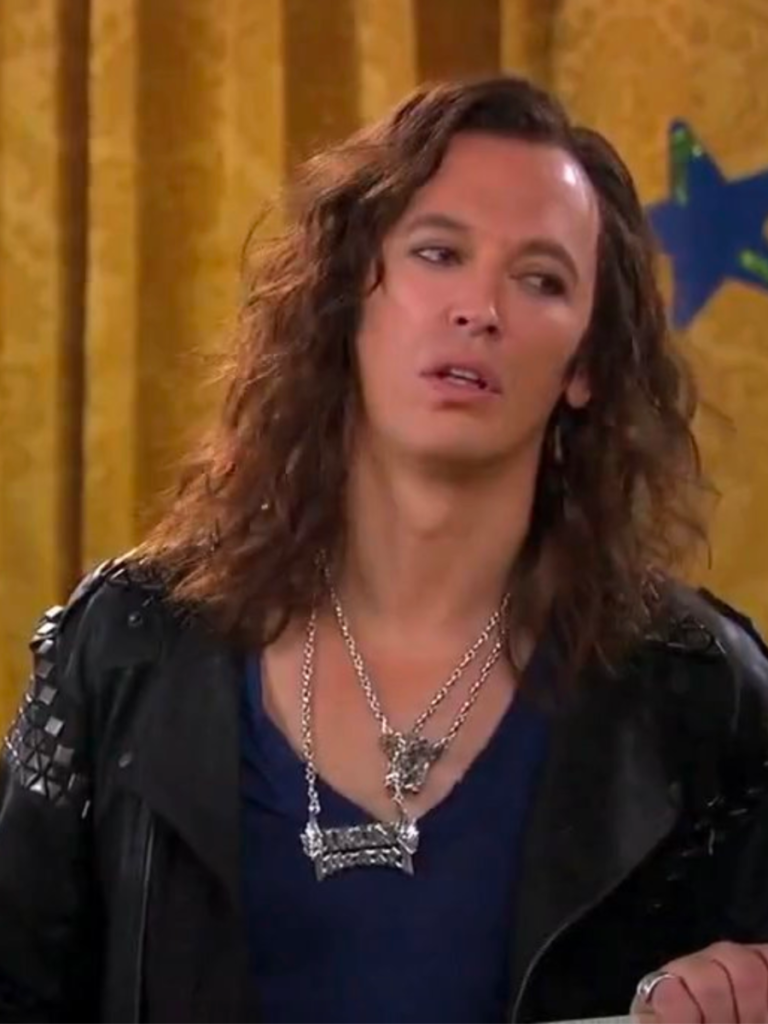 Professional musicians were creating all of the music for the TV “band,” but Steve had an idea for a funny song called “Your Hair’s Too Short,” and wanted to write an episode based around the song. Knowing that I was a rocker, he called me and asked me to co-write the song with him. 😀 It was a blast, riffing on silly lyric ideas and then coming up with a metal-sounding song.

When it came time to record it, Steve suggested we collaborate with his friend Fred Coury, who used to be the drummer in hair-metal band Cinderella. It was REALLY fun to work with Fred & Steve on this song ~ and a little intimidating at first, walking into Fred’s studio and seeing a photo of him from a gig where he was playing drums with Guns n Roses…a show which I had actually BEEN at (I wrote about it in my concert diary, and ended up showing that to him, which was fun!).

Recording the guitar solo was also a little intimidating, as I hadn’t ever really played in the typical 80s metal style (2-handed tapping, whammy bar, etc.). So Fred had me do a bunch of takes, just playing random stuff (I hadn’t written anything in advance), and then he sent me away and stuck the most rockin’ parts together to make the solo. It turned out weirdly cool, and it was the first time I’d ever recorded a guitar solo that way. It was fun and I loved trying new guitar and recording techniques!

Fast forward to 2021… in late April, Steve randomly reached out to Fred and I, wondering if we’d be okay with releasing the song as a novelty kids’ song (like “Baby Shark” 🦈). His kids LOVE the song, and he thought it’d be really fun to make a kid-centric video to accompany the recording. Fred and I gave our blessing, so I’ll keep you posted with what develops! 🎶