The Guitar I Most Regret Giving Up... 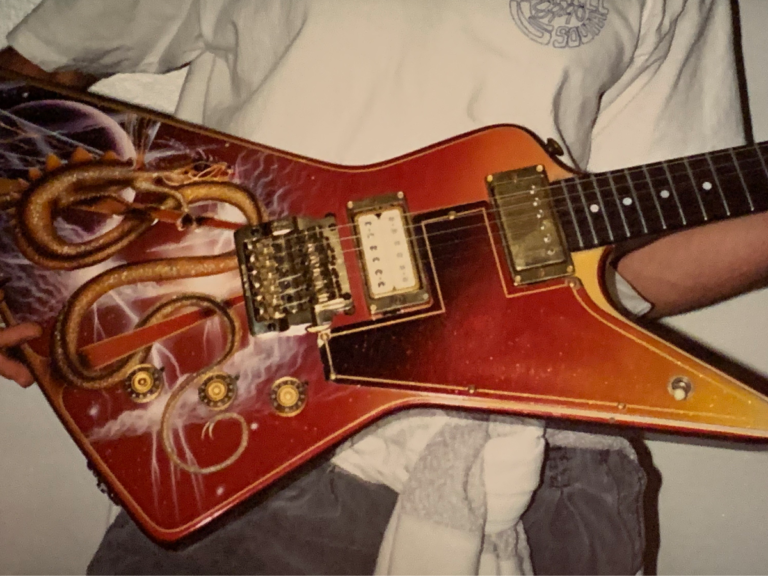 When I was in high school, I bought a badass Fernandez Explorer that I could barely hold (it was SOOOOOO heavy!!). I never actually played a gig with it, but it LOOKED like it belonged on MTV 😉

After I moved to LA, I sold it for a more practical guitar (i.e., one I could actually HOLD), but I really wish I still had that thing… I wonder who has it now?? (I sold it to Guitar Center and I don’t know who ended up with it)